The National Trust for Historic Preservation’s annual This Place Matters national competition is underway this month. Visitation of the Blessed Virgin Mary (BVM) was the only site in the City of Philadelphia included in the list of 100 and must now garner the most online votes during the month-long voting period (June 1- June 30). The site with the most on-line votes wins $25,000; second and third place are awarded monetary awards as well. Visitation consistently has been in the top 10 sites throughout the competition – every vote helps!

Every entrant in the This Place Matters is worthy of a vote. There are theaters, homes, band shells and battlefields on this year’s list that reflect architectural and cultural diversity worthy of recognition. There are places of nostalgia and where people can reminisce about bygone days; there are other places that enrich the lives of those who live in that community.

What sets Visitation’s apart and unique in this competition is the fact that few would ever come to visit Kensington while on vacation, and many who pass through these doors struggle with daily life that the buildings are far from the forefront of their concerns. Visitation exemplifies what many urban churches throughout our area represent – that their physical presence and services they provide are critical to neighborhood preservation. Visitation stands as a visible sign of confidence, investment, and faith in an area of our city often dismissed as a hopeless and neglected. There is no missing the twin spires of Visitation Church as you drive down Lehigh Avenue in Kensington!

Visitation parish was founded in 1872 in the Kensington section of Philadelphia. At the time of the parish’s founding, the Kensington area was bustling with industry and immigrants from Germany and Ireland, helping the City of Philadelphia earn the name, “Workshop of the World.” The parish was the center of community life (which was typical of many urban churches) – parents sent their children to school at Visitation; young adults participated in sports and social events; mothers and fathers participated in social and spiritual clubs; and everyone in the neighborhood went to Mass on Sunday.

Over the course of parish’s 137 years, Visitation adapted to the physical and social changes that occurred in the surrounding neighborhood. The buildings – the church, school, rectory and convent – were all built before the Market-Frankford Elevated Line. The monumental stairs in front of the church were added at the turn of the 20th century when Lehigh Avenue was excavated to accommodate the EL. Many of the surrounding businesses evolved or closed overtime. One of the more famous businesses – the Starlight Ballroom – was adapted and renovated in 2003 and the former ballroom is now the gym of the parish community center. Today community life continues to orbit around Visitation with their many programs and services and serve a diverse population of Latinos, Vietnamese and other Southeast Asian communities.

Vote for Visitation in the This Place Matters competition by clicking here: http://www.preservationnation.org/take-action/this-place-matters/community-challenge/places/visitation-bvm-parish.html

The former Poor Clares Monastery at 2012-30 West Girard Avenue is slated for demolition. The site, part of the Girard Avenue National Register Historic District, has been vacant and neglected for years by absentee owners who are now proposing two new apartment buildings on the site. Their plan for 42 new 800-square-foot units and a 16-space parking lot requires a number of zoning variances and has been met with significant opposition from neighbors in Francisville and Fairmount.  However, the buildings are not listed on the Philadelphia Register of Historic Places, meaning the buildings can be demolished without the approval of the Philadelphia Historical Commission or any assurances that new development would follow.

Owners have cited L&I building violations as justification for the demolition– violations caused by their own negligence in securing and maintaining the buildings. And now they seek to profit from this neglect by speculating on out-of-character new construction, despite the fact that the site is a prime candidate for adaptive reuse and eligible for federal preservation tax credits.

The site sits directly across from Girard College and is an important gateway into Francisville. It includes two c.1890s brownstone townhouses linked by c.1918 Romanesque stone chapel. From 1918 to 1977, the site was home to a contemplative order of Franciscan nuns known as the Poor Clares. Never has a building’s name so sadly matched its fate.

If anyone has photos of the interior, we would love to hear from you.

Unlisted is a series of portraits highlighting unique Philadelphia buildings not yet listed on the Philadelphia Register of Historic Places.  To learn how to protect a building by nominating it to the Register, click here.

This edition of Unlisted will linger a while on the 1500 block of Chestnut Street, stopping to admire the incomparable Pomerantz Building standing guard across the street from last month’s Kresge Building. The first thing that jumps out at you, quite literally, is its cornice, a terra cotta riot perched so far out over the sidewalk that even the most chronic shoe-gazing pedestrians can occasionally be seen glancing up nervously as they pass beneath it.

But while the cornice grabs all the attention, the building is just as interesting underneath that fancy cap. Ignore all the ornate swishes, swoops and swirls for a moment, and you’ll be struck by just how modern the rest of the building looks, especially for something built in 1916. Virtually every other tall building in the city built before World War II features some variation of a punched window: individual openings set into a surrounding cladding material, usually masonry.  Here, the windows are arranged as if the building’s two slender stone columns and single cross-beam are standing in front of an otherwise unbroken, five-story glass curtain wall. Instead of masonry or metal spandrels separating the individual floors, the Pomerantz Building features continuous vertical ribbons spanning multiple stories.  I can’t think of anything else in the city with spandrel glass this old. For perspective, the building generally considered to be the world’s first commercial glass curtain wall, San Francisco’s Hallidie Building, was built two years later.

Also rare is its great collection of vestigal signage– three signs from three eras in three different styles, all advertising the same office furniture and supply company that constructed the building and remained its tenant for almost 90 years (the company is still in business elsewhere, now owned by former Phillie outfielder Garry Maddox). Up top, we’ve got the precisely engraved stone entablature. Down below, the plastic fantastic Eisenhower-era blue curlicue storefront sign. Around the side, a fading ghost sign in a boxy 1980s font.

The building has been vacant since a planned condo conversion stalled out in 2006, and I doubt all of this signage will survive if and when its redevelopment gets back on track. Hopefully the cornice has better prospects, but without the protection of historic designation, even its future looks tenuous. Gravity is a powerful force, and so is value engineering.

Still a functioning SEPTA bus shelter at 33rd and Dauphin, the Strawberry Hill Bus Barn was built in 1901 as Philadelphia’s first and only trolley depot. Meet the neighbors who are fighting to protect this neighborhood landmark from demolition– the sad fate of so many other pieces of Philadelphia’s transit history, including the Fairmount Park station pictured above.

Two area sites are among 100 historic places nationwide selected for the National Trust for Historic Preservation’s This Place Matters Community Challenge. Philadelphia’s Visitation BVM Parish and West Chester’s Lincoln Biography Building are competing for a share of $40,000 in grants in the Trust’s annual contest.  You can vote for your favorite project now through June 30, one vote per person.  Represent Philadelphia (or West Chester) by voting here. 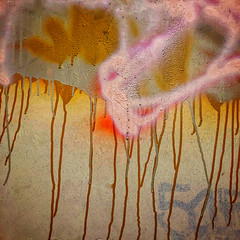 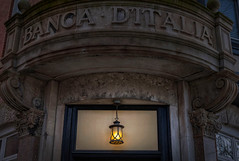 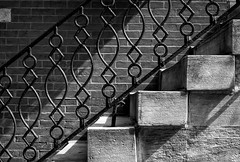