Four nineteenth-century buildings at the corner of Ridge and Roxborough Avenues face imminent demolition after a new owner pulled a demolition permit earlier this month, surprising neighbors and former tenants who were told that the houses would be rehabilitated.  Included on the demolition permit is the Bunting House at 5901 Ridge Avenue, one of the finest surviving Second Empire homes in Roxborough (pictured above).  Because none of the houses are listed on the Philadelphia Register of Historic Places, the Department of Licences and Inspections approved the demolition permit without the notification or approval of the Philadelphia Historical Commission, which lacks any authority to intervene without historic designation.  The permit was applied for by Giovannone Construction Inc. of Conshohocken, which purchased the four properties last year at sheriff’s sale.

Local residents have started an online petition targeting the developers, who have not announced any plans for the parcels.  The Preservation Alliance encourages you to add your voice of support to Roxborough residents fighting to save an important piece of their community heritage.  CLICK HERE to sign the petition, and read more about the project at the Roxborough Review.

Even though the former Edison school had been slated for demolition anyways, yesterday’s four-alarm blaze at the long-abandoned site is a disturbing reminder of just how vulnerable so much of Philadelphia’s great architecture sits today.  Though the cause of the fire isn’t yet official, a short list of probable causes is easy to guess– arson,  scrapping accident, careless squatters….  This easily could have been the Divine Lorraine, the Beury Building, Church of the Assumption, the Keystone Bank Building, the Gretz Building, the John Coltrane House, the Poth Brewery, or any other in a soberingly long list of buildings we have grown complacent in seeing vacant and exposed.  The Edison fire should turn up the heat on the City, and on us as its citizens, to demand more for these buildings.  We must use them, or we will lose them.

CLICK HERE for photos of the fire, via the Philadelphia Inquirer.

The former Poor Clares Monastery at 2012-30 West Girard Avenue is slated for demolition. The site, part of the Girard Avenue National Register Historic District, has been vacant and neglected for years by absentee owners who are now proposing two new apartment buildings on the site. Their plan for 42 new 800-square-foot units and a 16-space parking lot requires a number of zoning variances and has been met with significant opposition from neighbors in Francisville and Fairmount.  However, the buildings are not listed on the Philadelphia Register of Historic Places, meaning the buildings can be demolished without the approval of the Philadelphia Historical Commission or any assurances that new development would follow.

Owners have cited L&I building violations as justification for the demolition– violations caused by their own negligence in securing and maintaining the buildings. And now they seek to profit from this neglect by speculating on out-of-character new construction, despite the fact that the site is a prime candidate for adaptive reuse and eligible for federal preservation tax credits.

The site sits directly across from Girard College and is an important gateway into Francisville. It includes two c.1890s brownstone townhouses linked by c.1918 Romanesque stone chapel. From 1918 to 1977, the site was home to a contemplative order of Franciscan nuns known as the Poor Clares. Never has a building’s name so sadly matched its fate.

If anyone has photos of the interior, we would love to hear from you.

Distressing news from Cheltenham Township: unless an angel buyer steps forward by week’s end, one of the oldest houses in the state of Pennsylvania will be demolished. The Heidelberg Kerlin Farm dates to the earliest period of European settlement in the region, with portions of the existing stone and brick farmstead dating to the 1680s. Writes local historian Bruce Conner, “It would be difficult to stand in a place which more completely describes the settlement and growth of a particular place over the course of three centuries,” with additions constructed in 1790, 1850, and 1898. Two-hundred-year-old trees grace the 7.5-acre property, including the largest Sweetgum in the state.

The property was included on the Preservation Alliance’s 2004 Endangered Properties List. Well-maintained until the 1980s, it has spent the last two decades slowly crumbling.  Its last owner suffered from dementia in an Iowa nursing home, and earlier this year, the property sold for $400,000 to satisfy a $68,000 nursing home debt. The developer who bought it plans to raze the site by Christmas, but will entertain $500,000 offers until Friday.

UPDATE 12/30/10: Demolition plans are on hold for a potential new buyer. Read the encouraging news here on Plan Philly. 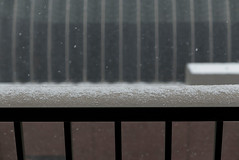 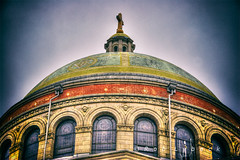 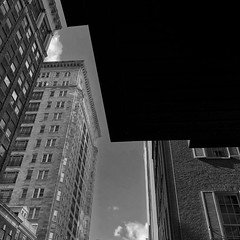